They'll cover the topics of comic books, manga, fantasy, and more. So how do companies get the chance to create products with other people's IPs, and what does it take to make sure a product is going to please die-hard fans? And what's involved with building one from square one? Petra Mayer Books editor, NPR , Gina Gagliano publishing director, Random House Graphic , and Whitney Leopard senioreditor, Random House Graphic host a discussion of the ins-and-outs of editing, design, marketing, and publicity and how they all come together to make great graphic novels.

Nancy Drew Exclusive Screening and Panel Nancy Drew is a brilliant teenaged detective whose sense of self has come from solving mysteries in her hometown of Horseshoe Bay, Maine—until her mother's untimely death derails Nancy's college plans. Devastated by her mother's passing, Nancy swears off crime solving, but when a socialite is murdered, Nancy finds herself embroiled in a ghostly murder investigation. A supernatural presence begins to haunt Nancy's investigation, and she discovers that the current crime has an astonishing connection to the unsolved murder of a local girl. Whether the ghost is here to help or hinder Nancy remains to be seen, but one thing's for sure: Nancy's going to have to unravel the clues from both the living and the dead to solve the crimes.

Kathleen McClancy Texas State University examines how The Coldest City and Velvet engage with Cold War nostalgia to challenge the idea that either espionage or comics themselves were ever just for men. Sam Langsdale University of North Texas argues that Marvel's America queers normative depictions of mainstream superheroes to reevaluate what qualities make a superhero admirable in nonnormative, and thus ultimately more inclusive, ways. Dragon Ball Z: 30th Anniversary Panel One of the greatest action animated series of all time celebrates its 30th anniversary this year!

Decades later, these mini-blockbusters gained a huge new audience, attracting the attention of major websites. The two recount all the ingenuity and mischief of their childhood filmmaking adventures—a time when dinosaurs, aliens, and killer sharks ruled the backyard! From Idea to Hired: Books, TV, Film, and Comics Book agents and literary managers come together to answer all your questions about how to take your writing career from the blank page to sold. Bring your questions about markets, writing the breakout project, getting representation, what it takes to sell a book to film, and more.

Panelists will give you the industry scoop—but no pitches, please. Educators Zachary Brown, Timothy Stiven, Scott Sayre, and Teofilo Argrazal share the story of how they are practicing international diplomacy, building literacy, fostering citizen science, and promoting environmental stewardship by creating comics in schools.

Come learn about their collaboration and how to build your own bridges across communities near and far with just a little creativity and imagination.

The Art and Magic of Comics Lettering: Discussions with Comicraft's Richard Starkings Letterers are often overlooked but are an essential part of the magic that makes comic book stories come to life. From hand lettering Batman: The Killing Joke to digitally lettering his latest Elephantmen series, Richard Starkings has done it all, including starting his own lettering company, Comicraft. Listen to comiXologists Ivan Salazar and Taylor Morgan as they talk with Starkings about the often-unsung heroes of comics and what it takes to be a comic book letterer.

Carlos is an American comic book artist who has worked on Marvel's Star Wars comic. Recently, he has worked on DC Universe Online.

The Writers Coffeehouse is a bunch of writers sitting around talking about writing. No agendas, no requirements—just chat about markets, pitching and selling, conquering frustration and defeating writers block, and all of the good things that come from the community of writers. It's open to everyone—from absolute beginners to award winners and bestsellers.

Just show up, hang out, and talk. Or don't talk—lurk in the back and take notes.

Or that most libraries don't have separate budgets for buying comics? Hear from librarians, specialists, and educators as they share their tips and tricks for how to build mindful, accessible, and locally relevant collections for readers from early literacy to adult in a range of formats from zines to webcomics to collected volumes. Hear their favorite comics and why , their tools for buying and evaluating quality comics including award lists like the Eisners , and their suggestions for what to read next. Creating, Maintaining, and Growing a Free Community With years of experience in keeping Streetpass San Diego going as the largest Nintendo meetup group in the nation, hear from Adolfo Coronel, Michelle Hernandez, Ben Avecilla, Jahaziel Aguilera, and Chris McAtamney for a how-to guide and tips on starting and keeping a community going as well as holding events for free.

Learn how to get sponsorships, promotional materials, venues, and most important, community members. Emergence Beyond explanation. Cast and executive producers will present a first look at the pilot episode of ABC's new drama series Emergence, followed by a panel discussion. This character-driven genre thriller follows a police chief who takes in a young child she finds near the site of a mysterious accident who has no memory of what has happened. The investigation draws her into a conspiracy larger than she ever imagined, and the child's identity is at the center of it all. Fair Use and Fan Engagement WatchMojo leverages its relationships, copyright law, and common sense to build a business reaching million unique viewers around the fair use doctrine and exception.

With technology having radically redrawn the landscape and consumer behavior blowing the lid off traditional production and distribution models, it seems like the law and business practices have not yet caught up. Where does this leave fan engagement? In a future where everyone is a content creator, curator, and distributor of sorts, how open should the investors and creators of original intellectual property be? After all, Game of Thrones was one of the most pirated series ever, yet it also went on to become one of the most successful ever.

HBO's decision to embrace its fan base spawned thousands of fan communities, series etc. In this discussion, WatchMojo founder Ashkan Karbasfrooshan brings a diverse set of perspectives on both sides of the debate to determine where the balance is between protecting rights holders versus the biggest proponents of fair use.

Go Fish! Get a sneak peek of this animated feature film exclusive to SDCC. Ultraduck begins preproduction and you can see how Arcana produces their animated films in this unique behind-the-scenes look at Ultraduck's designs and character models.


When the Howard Lovecraft trilogy finished in , Arcana immediately began developing Miskatonic, an animated TV series, and will debut the short film showing the world of Miskatonic. As always, there are very special panelists that will be on hand. Free toys, books, shirts, and DVDs for asking questions and participating. You'll have a R'lyeh good time!

Relive the overlooked and underappreciated genius of the original Star Trek movie that first began the human adventure. Transmit now! Adam Pawlus, resident Toy Evangelist of Entertainment Earth, brings decades of toy industry experience to the table. Get ready for news, pictures, and maybe even an in-person look at new and never-before-seen toys, action figures, and collectibles.

They're so new, they're still secret! See new reveals, upcoming exclusives, and any other secrets he could wrestle from some of the biggest toy companies.

Will there be freebies? Might there be trivia? Will he bring a slide show? All will be revealed. Skybound: In Conversation with Robert Kirkman Comic book creator, writer, and executive producer Robert Kirkman answers questions from fans and discusses his latest projects, including The Walking Dead, Invincible, Oblivion Song, and more. They'll discuss his work, the companies he's worked for, and the many characters he's worked on.

Marv will also answer all questions well, maybe not all! The techniques and technology used in coloring have seen huge changes over the years, with each new revolution defining a new era in comics. What Is the Future of Comics? With Neal Adams Three decades ago, Neal Adams set the standards for a new world of comic book characters and stories.

For another creator, this might seem to be enough for any career, but Neal is back setting new standards, new directions, and new technology for the future of comics. Now is the time to bring comics into the future. What is the future? I'm about to tell you. The franchise spawned countless comics and animated series.

Hear about this fall's Hollywood costume party and what the future holds for Farscape from Brian Henson executive producer, director; chairman of The Jim Henson Company and creator Rockne S. O'Bannon Farscape, Defiance. Would you like to see more characters and stories that relate to you?

Maybe it's time to write your own! Walker writer, Bitter Root will talk about creating comics outside the mainstream and offer tips on exactly how to do it. Evoking a sense of that time, place, and feeling is not an easy task. Just as a scent on a breeze can transport us back in time, so can the perfect graphic novel.

Learn from Comic-Con special guests how they use history, memory, and emotion to tell moving and personal stories. It took one grab of his crotch to make him an international sensation. Teen Titans Go! The Titans return to San Diego to kick off your Comic-Con weekend waffle fights, meatball parties and. Producers and members of the voice cast will show attendees an awesome time covering this favorite animated series. Produced by Warner Bros. Animation, Teen Titans Go!

Marvel's Agents of S. The cast and producers of Marvel's Agents of S. Be the first to hear the scoop about the show-stopping conclusion for season 6 and what awaits in season 7 of Marvel's flagship television show. This panel will celebrate with a collection of fan art and the best of Stan's cameos in the Marvel Cinematic Universe, plus stories from those who knew Stan and his genuine appreciation for his fans. Moderated by Christine Quimbo and Anastasia Hunter. Seduction of the Immigrant: Filipino and Spanish Artists in s American Comics Panelists will explore comic art of the Philippines and Spain prior to the s and then cover how major American comics publishers recruited these artists to work in the U.

Topics will include how "poaching" foreign talent impacted indigenous industries, its influence on American comic art and specific genres, and the negative impact on the artists' rights movement of that same period in this country.

Scott Robinson of Globo Comico. The Mark, Sergio, and Stan Show It's most of the crew who bring you the bumbling adventures of Groo the Wanderer, talking about what they do and why they do it. They'll be discussing the latest Groo miniseries, many upcoming projects, and why Mark doesn't get paid for the work he does on their comic. Then again, he's not getting paid for writing this panel description either. 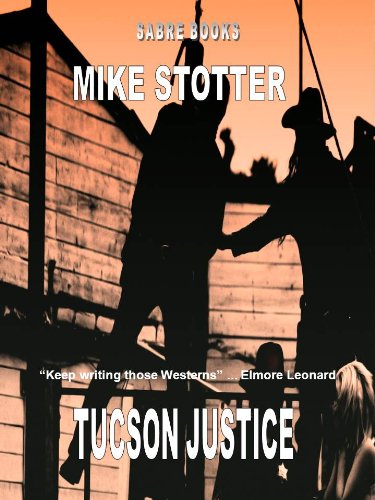 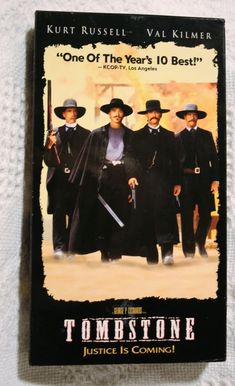